If you have a skin condition that resembles psoriasis or seborrheic dermatitis, you might be having a hard time figuring out which one it is. Both of these skin conditions look quite similar to each other, but they're two distinct skin disorders. This guide will help you to understand which one you have, and it'll explain what you should do if you have either one.

Visually, seborrheic dermatitis and psoriasis have a lot of similarities to one another. Here are some of the things that they have in common:

However, there are some distinct differences between the symptoms of these two skin conditions, too. Here are some psoriasis-only symptoms:

On the other hand, here are the exclusive symptoms of seborrheic dermatitis:

While the symptoms of these two disorders are similar, the treatments are fairly different. In short, psoriasis is an auto-immune disorder that is harder to control, and generally requires immunosuppressants in the form of topical steroid creams or in oral medications. In either case, these medications usually have to be prescribed by a doctor or dermatologist.

Seborrheic dermatitis sufferers often find relief with over the counter medications and treatments, like sulfur products and antifungal products.

Chances are you now have a better idea of which of these skin disorders you have, but in either case, seeing a dermatologist, such as those at Advanced Dermatology & Skin Cancer Specialists of Moreno Valley, is a good idea. They'll be able to come up with a precise treatment regimen for either skin disorder, and they can help to prevent it from spreading to other parts of your body. 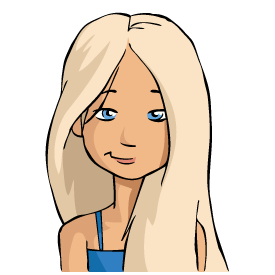 A few years ago, I realized that I was starting to look really old. I had all kinds of wrinkles, and it was really frustrating to compare myself to some of my friends and siblings. To correct the problem, I decided to meet with a dermatologist to look at my skin. In addition to uncovering a few pre-cancerous moles, my dermatologist also recommended a laser treatment that would zap away some wrinkles and improve things. The results were phenomenal. After the treatment, I felt like I looked twenty years younger. Check out this blog to find out how a dermatologist might be able to help you.